What a Week for Sport!

Hockey: The U10 A and B teams played in the St George’s hockey tournaments last Saturday. Neither team lost a match in their respective groups; the A Team drew with the eventual winners, finishing in 3rd place overall, and the B Team won all but one match, drawing with St George’s, and winning the tournament on goal difference. The girls showed true resilience and determination in adverse weather conditions. The Year 4 A & B hockey teams also won both of their matches against Surbiton High.

Cross country: Thirteen girls from years 5 and 6 and one girl from year 4 competed in the Kingston Borough cross country competition, each running 2km. The girls were simply amazing, running as a team throughout the competition (with over 130 runners in each race). Both year groups took home gold medals.

Netball: The U10 ABCD teams all won their netball matches against Wimbledon High last week. Great performances on both sides. 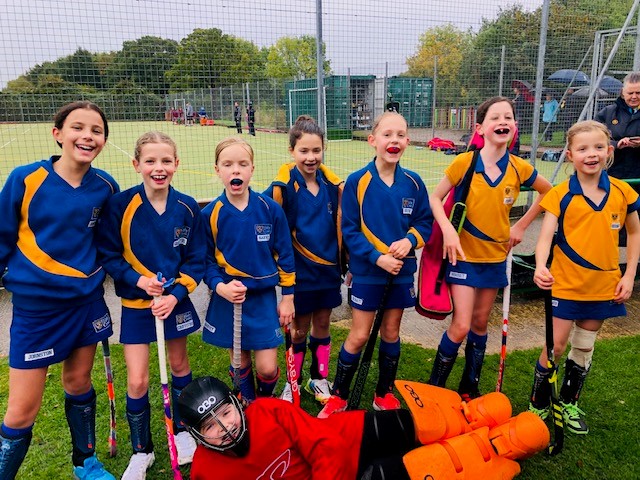 This website uses cookies to improve your experience while you navigate through the website. Out of these cookies, the cookies that are categorized as necessary are stored on your browser as they are essential for the working of basic functionalities of the website. We also use third-party cookies that help us analyze and understand how you use this website. These cookies will be stored in your browser only with your consent. You also have the option to opt-out of these cookies. But opting out of some of these cookies may have an effect on your browsing experience.
Necessary Always Enabled
Necessary cookies are absolutely essential for the website to function properly. This category only includes cookies that ensures basic functionalities and security features of the website. These cookies do not store any personal information.
Non-necessary
Any cookies that may not be particularly necessary for the website to function and is used specifically to collect user personal data via analytics, ads, other embedded contents are termed as non-necessary cookies. It is mandatory to procure user consent prior to running these cookies on your website.
SAVE & ACCEPT

Join our next Open Morning on Wednesday 21st September 2022

If you cannot make it to the Open Morning, please join us for our next Open Morning on Tuesday 18th October 2022.

Please click here to register your interest in attending our spring term event. Due to high demand, priority for this event will be for children joining pre-school, reception or through school in 2022 and 2023.

“Our pre-school girls will enjoy all the advantages of our school – specialist teachers, renowned care, fabulous facilities and grounds. All in the heart of Kingston.”
– Sarah Hair, Headteacher